Negligent. That's all I have to say. There is a lot to recap. In my defense, I have been busy here and here, here and here. And I had to wait for the brain freeze to wear off. Keep reading. 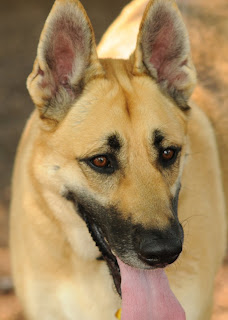 Last Saturday night, we had dinner with our friends, Abi and Steve and their son Noah. Noah is two and he has one speed - sound-barrier breaking fast. For those of you who have two year olds, you probably know this but I have never seen such speed. He is so inquisitive and engaged - just a riot to be around. Of course the entire night was incredible - Abi's family recipe of stuffed pork with this amazing cherry sauce was unreal - so good, bacon-wrapped green beans and rice pilaf. We had a great time catching up on life and Steve's really cool job (it involves maps - anything with maps is simply the bomb). And the piece to resistance (insert french accent) were the Bourbon slushes. I kid you not - these slushes are incredible. You don't need much in your cup and you have to watch for brain freeze but oh, heavenly deliciousness. So Abi as the amazing and gracious host she is, sent us packing with a container of already frozen Bourbon slush. Uh-mazing. And just a great time.
Sunday, I had fun talking to the Monroe Community Church job seekers seminar about Social Media and job hunting. It was miserably hot but the church was cool - both the air conditioning and the people. Good stuff.

I also had some fun taking pictures. A friend (and a vet) needed some pictures for her advertising. We took some indoors and out - and while I am not a portrait photography and have no plans on going there, I did my best for her. I also took a large number of macro pictures - some over a lunch period with my colleague Todd, and a bunch at home with the beautiful flowers in the house. Saturday, we were at the dog park with His Handsomeness and I took a number of pictures of friends and their dogs. All kinds of fun. And the Handsome One had his last leptospiros shot on Tuesday night. He has a clean bill of health for the next six months.

HWC Homeworks installed most of the closets (we needed to get a new door that Paul is currently finishing) and they finished installing the basement windows. Our house will be as snug as a bug for the winter!
Whew, I am tired reliving this week! Enjoy your Sunday.
Posted by Deirdre Honner at 8:49 AM

Sounds like you've been busy as usual! Hope we can fit something in soon :)

First of all, I LOVE this photo of Samson! Thanks too for the kind comments about us. We had a wonderful time with you two last weekend!