I found a photographer's website and one of the links he had was a link to his favorite pictures.  I thought that was such a cool idea.  I don't normally think of my pictures that way; rather I think about pictures as a moment in time, capturing a story or event.

Which led me down a rabbit hole of looking at all 8,000+ pictures on Flickr trying to figure out which pictures I like best - one that tells a good story in the moment. So picked a few of my favorites. I don't do a lot of post-processing.  I don't really care for pictures that are over processed. Personal preference.

I love this picture.   I love the way the light streams down.  An early morning sunrise isn't always yellow. 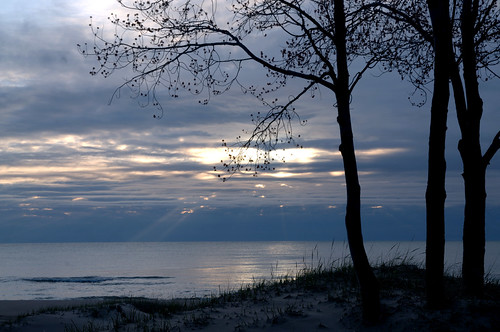 I love this for the pink and grey.  Such unusual colors. 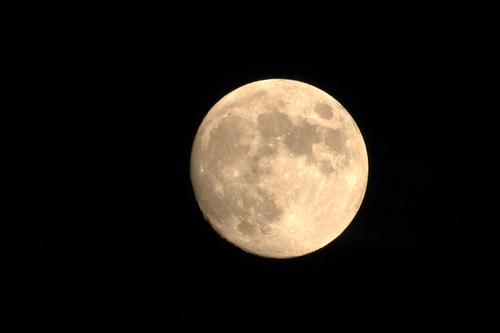 When the moon rises over Lake Huron more often than not, it looks like this. All squished and lopsided. I love this because it's real.

[I am absolutely obsessed with the moon]

I was trying to take some pictures for friends.  Just the two of them with their gorgeous dogs.  We kept getting photo bombed.  It's what happens at a dog park.

I still laugh at these. Eventually we got it.

And our neighbors up north create such a sense of love and belonging.  To the world.

I took a trip with a dear friend.  We ended up both buying a plastic cow.  When I see it, I relive our hilarious adventures all over again.  The aperture is wide open, a little hazy, and a tad out of focus. Like life sometimes is.

He looked at me when I took this (before his ear problems).  I see so much grace and beauty and gratitude in these eyes.  It's a little humbling.

This was so much fun. To look. To post. To share.  On to another week, one step closer to summer.
Posted by Deirdre Honner at 10:21 AM

Email ThisBlogThis!Share to TwitterShare to FacebookShare to Pinterest
Labels: photography